Watching The Food of the Gods reaffirmed the notion that anyone, anyone can not only make a movie, but make a giant-animal-apocalypse movie for that matter.  CGI is overrated.  All you really need is a few dozen mice and some Lincoln Logs.

This is just one of those things where an explanation is far too bizarre to leave with only words.  In the age of computers, its easier than ever to grab a few screen shots and let the movie do the talking.  And that's exactly what I've done.  What you'll find below are a handful of my favorite captured moments from Food of the Gods. Hopefully it will convince you to watch the movie and experiene this disarray in real time, or better yet, inspire the creation of your own man-eating farm animal movie. 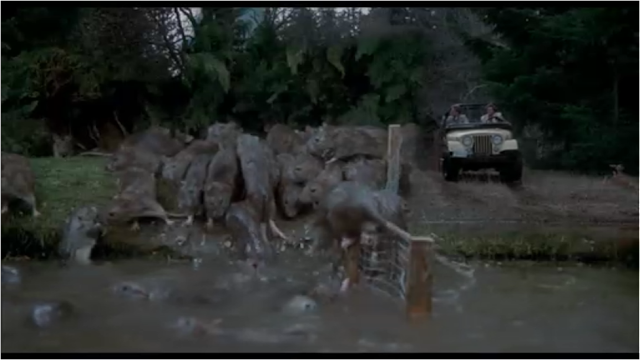 These are giant, man-eating mice.  Those are real people in a normal sized Jeep. 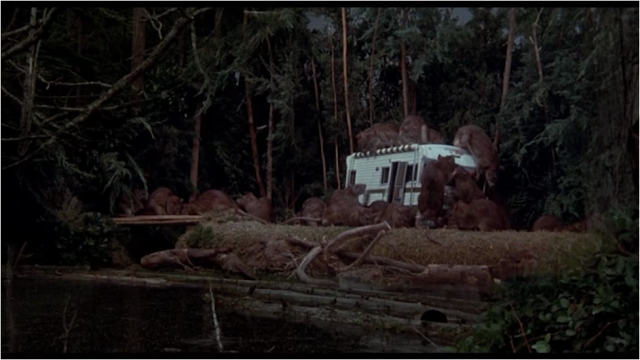 That is not a miniature RV model. 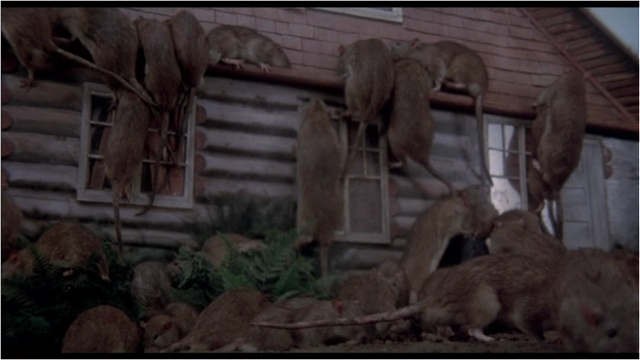 Nor is this a house made of Lincoln Logs. 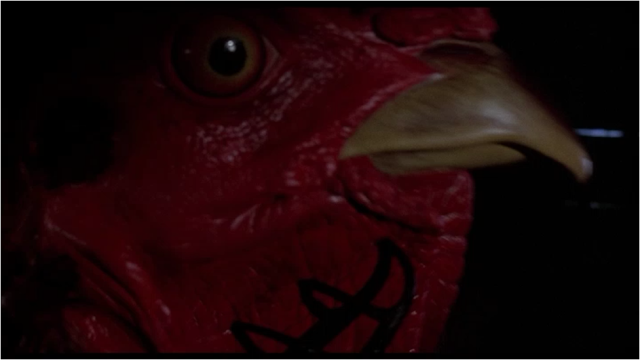 Why stop at giant mice?

This sort of shot combination was used liberally throughout the movie.

+ If I were to throw a number out there, I would guess that there were somewhere around 40 of these "man aims shot gun, cut to mouse being blown away" sequences in the movie.  This alone makes it worth watching :)

+Anyone not convinced of this movie's greatness movie and needs further convincing can check out my review right here.
Posted by Gregory Roy at 5:10 AM

Email ThisBlogThis!Share to TwitterShare to FacebookShare to Pinterest
Labels: 1970s, b-movies, bad movies, cult, The Food of the Gods, What on Earth